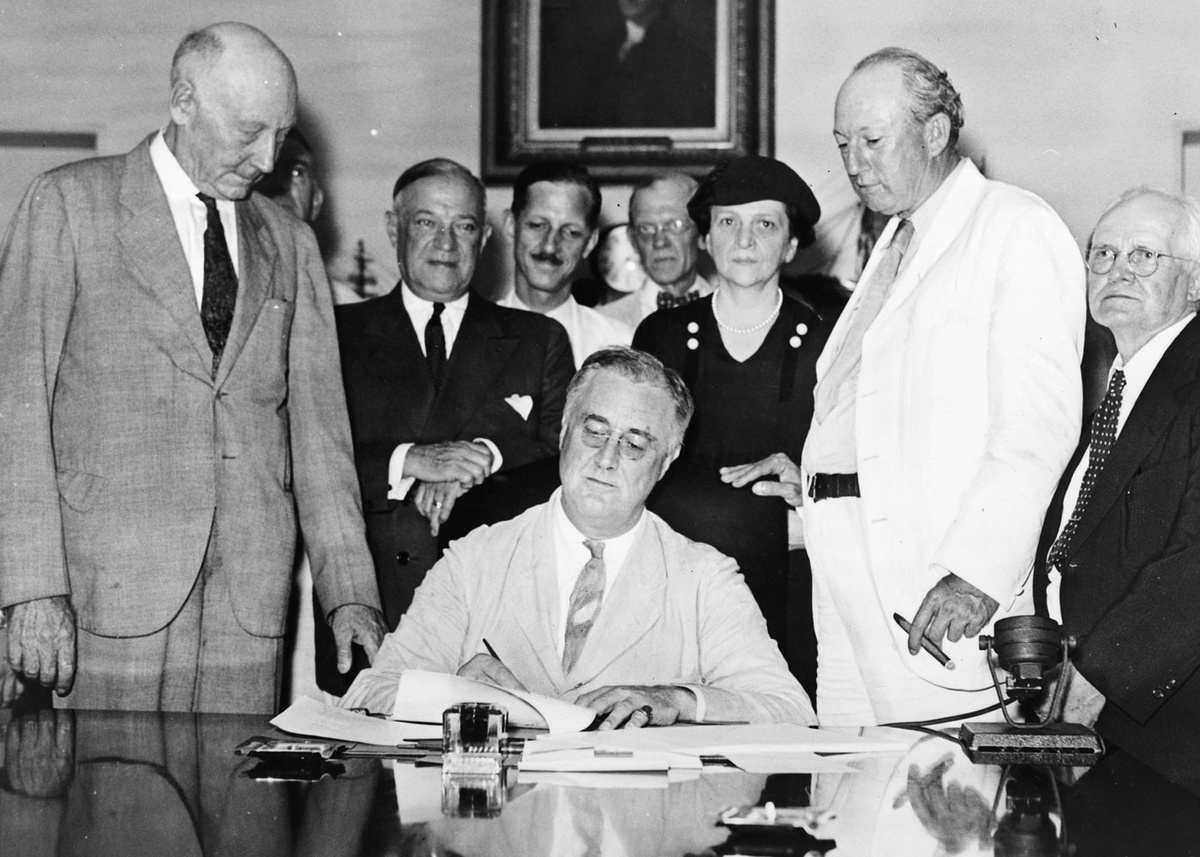 Social Security: Past, Present, and Future

Throughout human history, economic security has taken many forms. For the ancient Greeks, it was stockpiling olive oil. Olive oil could be stored for long periods of time; it could also help with nutrition during times of famine. During the Middle Ages, security took the form of guilds and societies that began to pay life insurance benefits to their members.1

Here, we will explore the history and future development of the Social Security program in the United States: the historical background, the current state, and future projections.

The History of Social Security

The previous economic crises had given rise to the development of Civil War pensions and company pensions, but neither of them was comprehensive enough to deal with the strife caused by the Great Depression. Following the Great Crash, unemployment rose to above 25%, about 10,000 banks failed, and the GDP fell by almost half, from $105 billion to $55 billion. These economic strains continued in the 1930s, with over millions of people unemployed and most of the elderly population being dependent on someone to care for them.1

After several years of continued economic turmoil, President Franklin D. Roosevelt announced his plan to create a Social Security program, and the Social Security Act was officially signed into law on August 14, 1935. The main goal of the Act was to pay retired workers (aged 65 and older) a continuing income and establish several other welfare provisions.1

The Future of Social Security The 2021 annual report of the Social Security Board of Trustees announced that funds for Social Security would be exhausted by 2034. This was a year ahead of the projections made in the previous year’s report. While this announcement may seem catastrophic, what this actually means is that cash reserves for the program will be exhausted, and retirees in 2034 could see their benefits reduced to 78%.3,4

It is difficult to say for certain what the future of Social Security will be. The hope is that Congress will act in time to resolve this shortage of funds problem. Regardless of what happens to this program, it is important to make sure that you have other strategies in place for your retirement so that, irrespective of the developments in Washington concerning Social Security, you can enjoy your golden years.